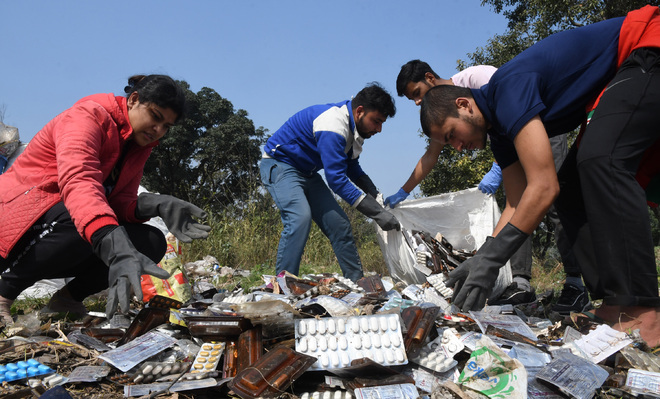 A group of students stumbled upon a large quantity of medicines during a cleanliness drive here today.

Ashish Kumar Gupta, a final-year student at Guru Gobind Singh College, Sector 26, stated that he and four other students found nearly 30 to 35 kg of medicines, including tablets, injections and syrups, dumped illegally in on open ground opposite the police station in Mani Majra this morning.

He said the medicines were covered with plastic and other waste material.

They informed the police, who took the medicines in their possession and also informed the Health Department. Ashish said he, along with four other students — Susan, Manvi, Nikhilesh and his younger brother Manish Kumar Gupta, all from different colleges and schools, were undertaking a cleanliness drive in various parts of the city. It was their fourth drive. They mostly collect plastic and after collecting nearly 40 to 50 kg of plastic, they hand it over to the Municipal Corporation for recycling. 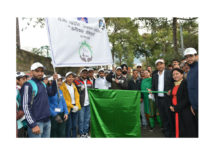 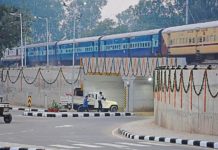 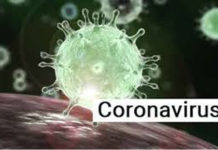