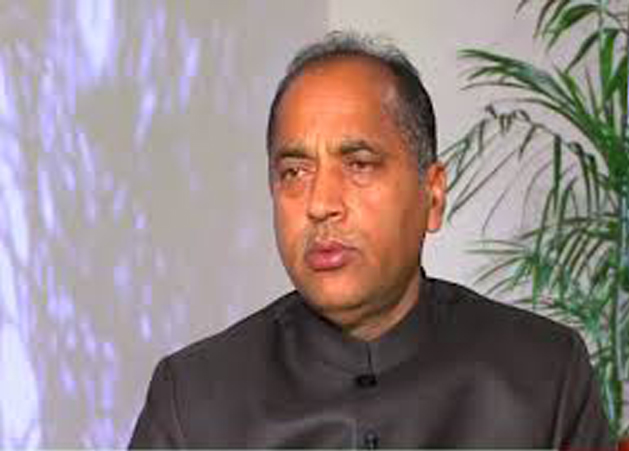 Chief Minister Jai Ram Thakur said that the state government was committed for the welfare of the working class as the workers play a major role in the development of a nation. He was addressing the workers during a function organised on International Labour Day at Baddi in Solan district today.

He said that due to technical advancements, the requirement of manpower had reduced considerably and it had also reduced the employment opportunities to the youth. He said that he himself was from a family of workers and understands well needs and suffering of this class. He said that endeavour of the state government was to ensure welfare of every section of the society and the government would not work with vengeance, but would ensure that the corrupt would not go scot free.

The Chief Minister said that the financial mismanagement and unmindful spending of the previous government put the state under heavy debt trap but the present government would ensure that the financial crunch did not come in way of development. He said that the law and order situation condition of the state was completely out of control and mafia was prevailing during previous governments regime.

He said that the industrialist must ensure that at least 80 percent employment must be provided to the Himachali youths. He said that the government had exempted the vehicles bearing Himachal numbers from paying toll tax at toll barriers in the state.

He said that apart from industrial development of the State, the Government would also ensure tourism development of the State for stress would be laid on strengthening better connectivity. He said that the helipad at Barotiwala, inaugurated today by him would facilitate the general public and the industrialists of the area. This helipad has been constructed at a cost of 1.78 crore and efforts would be made to link it with ‘UDYAN-II’ scheme of the Union Government.

Earlier, he laid foundation stone of 20 meter long Bagguwala bridge in Gram Panchyat Mandhala. It will be constructed at a cost of Rs. 80 lakhs and will connect Bagguwala Village with Barotiwala. He also laid foundation stone of Rs. 1.92 Crore lift water supply scheme to Kunjahal (Muslim Basti) Dassoramajara in Baddi Tehsil. This scheme on completion will provide water facility to about 4000 people of the area.

He laid foundation stones of 132 meter span double lane bridge over Balad Khad on Baddi-Barotiwala road to cost Rs. 11.03 crore and of 42 meter span bridge on Manpura Khad at Harijan Basti, Chanal Majra in Baddi Tehsil to be constructed at a cost of Rs 1.56 crore.

The Chief Minister announced up-gradation of PHC Broatiwala to CHC, opening of IPH Sub Division at Chandi, to provide Rs. 15 crore in first phase for maintenance of three major roads of Baddi-Broatiwala area and remaining about Rs. 15 crore would be provided in a phased manner besides funds for construction of CHC Baddi.

Gram Panchayat Gagatpur was also honoured by the Chief Minister for being declared BPL free panchayat of Solan district.

Member of Parliament Virender Kashyap while congratulating the workers on the International Labour Day thanked the Chief Minister for his august presence on this occasion. He said that the state government soon after assuming office took some major decision for the welfare of the youth, women, weaker sections of the society, farmers and employees. He said that the centre government was also considerate towards the developmental needs of the State. He said that all the MPs from the State were also effectively taking up the issues related to the State with the Union Government. He said that Prime Minister Narendra Modi had launched several schemes for welfare of the poor and downtrodden. He said that under Ayushman Bharat about 10 crore poor families have been provided health insurance cover to the poor people so that they were not deprived of treatment due to want of money.

Local MLA Paramjit Singh Pammi said that the present state government has completed mere four months in office but it has ensured all-round development of the State. He said that the Chief Minister laid foundation stones and dedicated developmental projects worth Rs. 17.09 crores in his constituency today. He said that in the very first cabinet meeting the State government reduced the age of the old people for getting social security pension without income limit form 80 years to 70 years. He also detailed various developmental demands of his constituency.

A delegation of people from Seraj area of Mandi district working at Baddi called on the Chief Minister on this occasion to apprise him of their demands. The CM assured that their demands would be considered sympathetically. 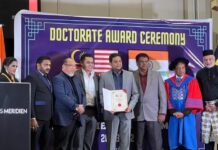 Dr. Sailesh Hiranandani from SRAM & MRAM Honored with the Doctorate... 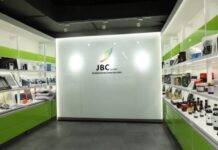 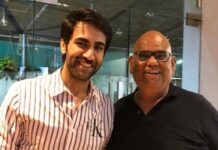 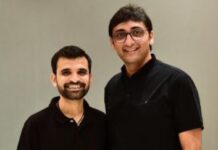 CityTadka: Platform to Explore the Unexplored of the City by Young...