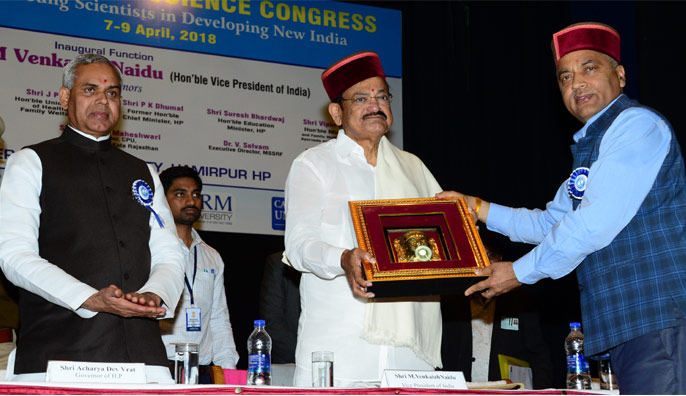 Vice President of India Shri M. Venkaiah Naidu said that the dream of New India could only be visualized with new ideas and new ways of making them real through effective implementation. He said that the New India would be a scientific India, it would be technological India.

He was speaking during his inaugural address at the 9th Indian Youth Congress organized by Career Point University Hamirpur at NIT, Hamirpur today.

He said that forums like Science Congress would enable the young minds to share knowledge, information and draw inspiration to come up with new ideas that would power the India of the future. He said that the students should be encouraged to ‘discover’ rather than be ‘told’ the answer.

Shri Naidu said that science should be an integral component of the curriculum. Scientific approach that relies on evidence and raising relevant questions and seeking answers should be internalized. He said that the Conference would usher in greater progress and development by fostering scientific temper among out youth.

He appreciated the efforts of Himachal Government in the field of environment conservation and increasing green cover. He said that the people of Himachal were honest in their approach and work and urged them to keep this tradition going. He said that we should not forget our mother, our mother land and mother tongue. He also urged the people to live with harmony with nature.

Speaking on the occasion Governor Acharya Devvrat said that India was land of knowledge since time immemorial and Vedic cosmology was the only one whose time scales corresponds to that of modern scientific cosmology. He said that it was the need of the hour to develop scientific approach by upholding the Indian traditional knowledge.

The Governor said that scientific approach without humanitarian thought and humane touch was irrelevant. The global warming was the area of concern and urged the scientists to come forward to tackle this problem. He said that people were suffering from various diseases due to bad life style. The excessive use of chemical fertilizers and pesticides in farming was resulting not only in making land barren, but was also badly affecting our health. He said that natural farming was the solution for this and scientists should come forward to promote the same, which would not only increase soil fertility but also help in reducing the burden form out health institutions.

Chief Minister Shri Jai Ram Thakur while addressing the Youth Congress said that climate change was serious challenge for our very existence and scientists should come forward to tackle this teething problem. He said that the State of Himachal Pradesh was known as ‘Dev Bhoomi’ and institutions like Career Point University had helped in making the State ‘Education Hub’ of the country. He said that in the present era of scientific excellence, the efforts should be made to make India a frontrunner in this field. He said that even in this era of scientific innovation, we should not ignore and abandon our ancient knowledge and wisdom.

The Chief Minister said that Prime Minister Shri Narinder Modi had given a clarion call to the people of the country to work collectively for making a New India. For this, the Prime Minister has urged to encourage innovation, startup and skill development amongst the youth, he added.

The Chief Minister said that the youth should be optimistic and refrain from pessimism. They should follow the path of truth and honesty because this was the pre-requisite of a true scientist. He urged the young scientists to work towards making life of the people prosperous and happy. He said that the Indian Youth Science Congress would go a long way in inculcating scientific thinking and promoting science and technology in the country.

In his address, Union Health Minister Shri J.P Nadda said that the scientists must help in incorporating tradition and local knowledge, systems and technologies in research to develop effective and sustainable solutions for human development and progress on the country. He expressed concern over increasing cases of anemia, particularly amongst younger generation. He urged the scientists to come forward to redress this problem at the earliest by vigorous research in this field. He said that since today was the World Health Day, in a phased manner health centres would be changed in to wellness centres for overall health of the nation. He said 1.50 lakh health wellness centres would be established in the country by year 2020.

Former Chief Minister Shri Prem Kumar Dhumal said that since more than 60 per cent population of our nation falls under the age group of 35 years and this was the age to discover and dream. Thus quality of the youth determines the future of the nation, he added.

Noted Scientist and father of Green Revolution in India Padma Vibhushan Prof M.S. Swaminathan in his key note address through the video conference said that the young scientists should collectively work towards meeting the challenges posed by climate change, He appreciated the efforts of Himachal Pradesh in environment conservation. He also stressed the need to ‘deliver as one’ approach for the reform in the governance of various food security related schemes.

A souvenir was also released on the occasion brought out by the Indian Youth Congress. 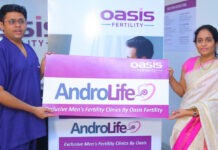 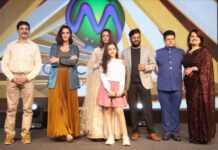 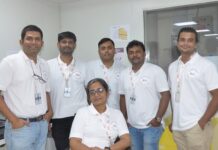 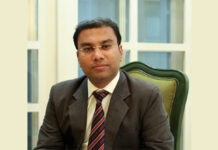 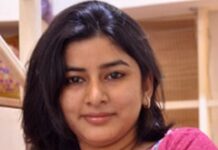