This basic tenet has been mirrored in the founding philosophies of many global organizations of repute including the United Nations and the International Court of Justice. Article 25 of the International Covenant on Civil and Political Rights makes it very clear that every citizen has the right to take part in the conduct of public affairs and choose her own representative. And there are others like the African Charter on Human and Peoples’ Rights and the Paris call for Trust and Security in Cyberspace that echo this principle and in fact call for strengthening capacity to prevent interference by foreign actors to undermine sovereign electoral processes.

Digital media companies have a responsibility to ensure that their products, policies and platforms are not used to commit electoral malfeasance and human rights transgressions. This is in line with the UN Guiding Principles on Business and Human Rights, a principle enunciated and adopted by the UN Special Rapporteur on Freedom of Opinion and Expressions.

This statement affirms that the international law as enunciated above will apply to cyber operations of states and that electoral process will include elements such as balloting which includes registering, casting, tabulating votes and assuring the integrity of the ballot as well as voter registries. It will also include verifying systems used for reporting, recording, verifying and auditing votes and election results and will also involve information systems that help inform the electorate with procedural information about how to participate in the electoral process.

The statement issued under the aegis of the Oxford Institute of Ethics, Law and Armed Conflict also defines what are ‘adverse consequences‘ in the electoral context and mentions that these are not limited to intrusions into digital systems and networks that cast doubts on the integrity of election data but also includes cyber operations against individuals and entities involved in the election.

It also mentions that a state must refrain from conducting, authorizing or endorsing cyber operations that have adverse consequences for the electoral processes in other states and calls upon countries to not render assistance which may result in ‘adverse consequences‘.

As per international law, states also have a duty to stop and mitigate any harm which can be done by cyber means to the electoral process of another sovereign state if such harm emanates from within its own jurisdiction. Infact, the law is very clear on the fact and places the onus on states to ensure that no assistance is provided to any operation knowing fully well that such assistance may result in ‘adverse consequences‘ for the electoral process of another sovereign state.

The signatories to the statement are agreed on the settled principle of international law which casts the burden on a state to stop by all possible means were it to have knowledge that a cyber operation that emanates from its jurisdiction could adversely affect the electoral process of another state. In that event, it is the bounden duty of the state to take all possible measures including investigation, prosecution and sanctioning of all those who are responsible or could potentially cause some harm.

States also have an obligation to protect and ensure the integrity of their own electoral processes against interference by other states. To discharge this obligation, states may be required to put in place electoral security measures, such as legislation and backup systems, as well as to secure the availability of public, timely and accurate information on electoral processes.

The full text of the statement can be read here: www.elac.ox.ac.uk/the-oxford-statement-on-international-law-protections-against-foreign-electoral-interference-through

About Oxford Institute for Ethics, Law and Armed Conflict

The Oxford Institute for Ethics Law and Armed Conflict (ELAC) is an interdisciplinary research institute based at the Blavatnik School of Government, University of Oxford. It looks at different aspects of armed conflict from the perspective of law, international relations, and philosophy. Its aim is to strengthen law, norms and institutions to restrain, regulate, and prevent armed conflict. 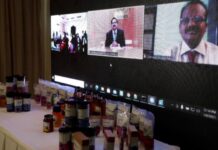 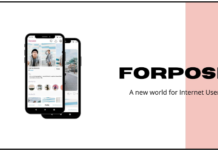 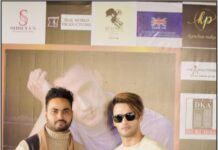