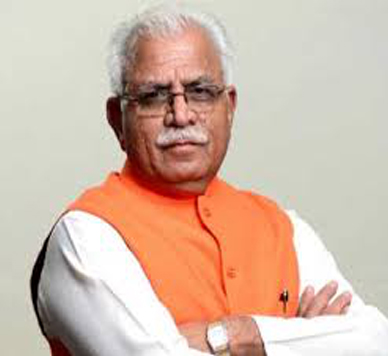 In a significant move to further improve the quality of education in the State, Haryana Government has decided to open one Sanskriti Model School in each block of the State in the year 2020. At present, 22 such schools are operational in the State, one in each district.

Mr Manohar Lal was apprised of the work done in different initiatives under the Saksham Haryana project. He appreciated the work done in the last 2 years on Saksham ghoshna and encouraged the digital interventions (Service books, Saksham adhyapak app, Chalklit). He also directed to get a survey conducted to find out the enrollment ratio of students in science viz-a-viz other streams so as to ascertain the interest of students. He also directed to fasten the approval process for CM Saksham scholarship initiative.

It was informed that 107 blocks out of the total 119 blocks have been declared Saksham and 86 percent students grade-level competent. It was also informed that recruitment to more than 1300 posts of Block Resource Persons (BRPs) and Assistant Block Resource Persons (ABRPs) have been made on contractual basis in the State. Working as mentors, the BRPs and ABRPs spent two-and-a-half hours per day in schools and watch the education being imparted to the students. Rigorous training of all new mentors was conducted to ensure that they provide good support to teachers.

He was also informed on the strategy for improving the board results this year for classes 10th & 12th and about the upcoming Saksham ghosna rounds in January and February. He said that the present State Government has discontinued the system prevailing earlier of giving grace marks to the students of class 10th and 12th in order to improve the results. But ever after this, the results of students has been improved considerably.

While addressing the CMGGAs, the Chief Minister said that this is the fourth consecutive year of this programme and every year it is getting better in performance indicators. He said that the State Government has taken various initiatives in the field of e-governance to provide transparent and graft-free governance to the people. It is also a leading State in the country in many spheres. Describing corruption as a cancer, he said that it could be checked through the effective use of information technology.

While reviewing progress on Antyodaya Saral, he directed to do a diagnosis and finalise the list of new kendra’s on the basis of demand and geography and appreciated the good performing districts and departments on Antyodaya Saral dashboard. He also directed to make more efficient systems to tackle corruption and work on social audit and act upon the feedback by the citizens on different channels and call centre.He also reviewed the progress on other IT initiatives like E-office and property tax and directed the team to work on them and use IT as a tool to improve governance in the state.

He also directed the associates to work on women’s safety campaigns in the districts and work on innovative strategies to make women’s safety a movement in Haryana by involving different local communities and civil societies. While referring to the Beti Bachao Beti Padhao Programme, he said that in the year 2014, the sex ratio of Haryana was only 871.  But as a result of efforts made by the State Government and support of people and other social organizations, it has touched 937. Today, Haryana is being recognized in the country and the world for its efforts made towards saving girl child, he added.

He said that the state government is actively working on the topic of higher education and the present State Government has opened 29 colleges for women in the last five years whereas in the past 48 years only 31 such colleges were opened. He said that it was for the first time in the State that Haryana Higher Education Council has been set up with the objective of guiding the growth of higher education in accordance with the socio-economic requirements of the State. He also directed the team to focus extensively on solving the quality of education in these colleges through different national assessments and accreditations.

On this occasion, the Chief Minister also reviewed Swach Survekshan, Good governance scorecard and prevention of stubble burning. He was apprised on the preparedness for the upcoming Swachh survekshan and systemic solutions to get Haryana districts in Top 10 in the survekshan rankings.

He concluded the meeting by motivating the associates to keep up the good work and build sustainable systems that will help tackle problems from the grassroot level. 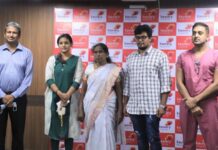 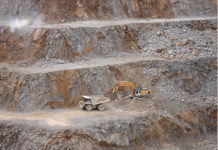 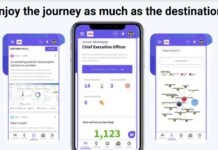 CoWrks Partners with EdSanta to Offer Next-Gen Learning to Members via...

Haryana Agriculture and Farmers’ Welfare Minister Has Appealed to The Farmers...