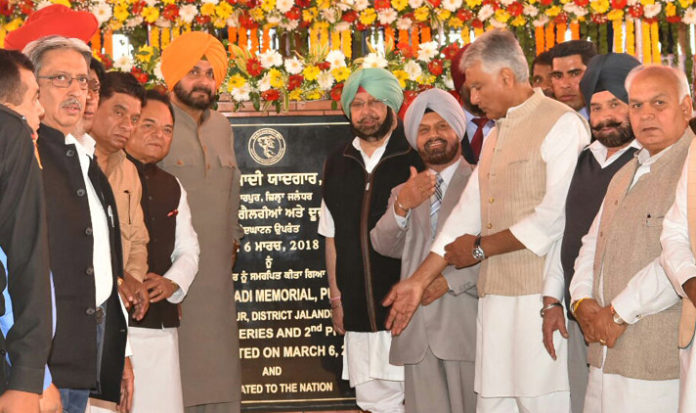 Punjab Chief Minister Captain Amarinder Singh on Tuesday dedicated to the nation the second phase of the world-class Jang-e-Azadi memorial, while announcing an allocation of Rs. 25 crore for the completion of the third phase in the forthcoming budget and sanction of Rs 9.5 crore towards the pending arrears for Phase I construction.

Congratulating the team behind the unique concept, led by Ajit newspaper Managing Editor Barjinder Singh Hamdard, Captain Amarinder lauded the initiative as an iconic step towards imbuing the new generations with the spirit of India’s independence struggle.

The Chief Minister assured the Jang-e-Azadi Memorial Committee, which also comprised noted historian Dr Kirpal Singh, besides Dr J.S. Grewal, Dr Jaspal Singh, Prof Pritipal Singh Kapur, Dr K.L. Tuteja and Dr Harish Sharma, of his government’s full support for the completion of the next phase of the memorial, which will always stand tall as a mark of respect and love for the tens of hundreds of Punjabi martyrs of the freedom struggle.

Speaking on the occasion, Captain Amarinder directed the Memorial Committee to allow free entry for the families of all freedom fighters, and also asked it to depute tour guides to educate children about the monument’s significance. The Chief Minister suggested inscription, on the monument, of the names of all freedom fighters from Punjab who had sacrificed their lives in their selfless service to the nation.

Recalling his post-Tsunami visit to the Andaman and Nicobar islands to undertake rehabilitation work there, the Chief Minister said that he was really moved on reading the names of the martyrs, including thousands from Punjab, who had made the supreme sacrifice in Port Blair jail.

Pointing out that this memorial would go a long way in invoking a sense of patriotism amongst the young generations, the Chief Minister recalled his own maternal grandfather Harcharan Singh Jaijee’s close association with the pioneer of Praja Mandal Movement S. Sewa Singh Theekriwala, which continues to inspire him even today.

Earlier, Punjab Pradesh Congress Committee (PPCC) president and Gurdaspur MP Sunil Jakhar urged the Chief Minister to issue directions to the Education Department to make visits by school students to the memorial and other such historical places mandatory to imbibe in them a passionate spirit of patriotism. Freedom fighters did not belong to any political party, nor could they be cast in the narrow confines of caste, colour, creed or religion, said Jakhar, calling upon the people not to fall prey to politicians who used them as vote banks.

Tourism and Cultural Affairs Minister Navjot Singh Sidhu said the Jang-E-Azadi memorial would be a bridge to connect the younger generations with their glorious legacy of patriotism. Describing it as an ideological symbol rather than a brick and mortar structure, he said it epitomised the supreme sacrifices made by our great martyrs and freedom fighters.

Sidhu sought the personal intervention of the Chief Minister in directing the Education Minister to make mandatory the study of the biographies of India’s iconic freedom fighters and martyrs, such as Shaheed-e-Azam Bhagat Singh, Madan Mohan Malviya and Ram Prasad Bismil, in order to rekindle the spirit of nationalism and patriotism amongst youngsters.

Welcoming the Chief Minister, Barjinder Hamdard said the monument depicted 100 years of the struggle of the Punjabis. In the second phase, six galleries were being dedicated to the nation, he added. 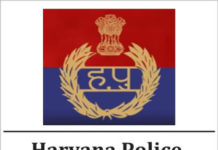 Haryana Police have made elaborate security and traffic arrangements in view... 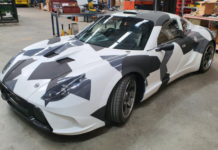 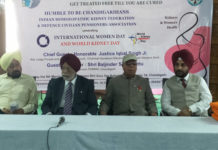 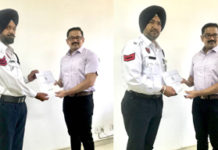