In the quiz contest held under the aegis of Chairman of the Punjab Kala Parishad Dr. Surjit Patar, the prizes were distributed by the Secretary of the Punjabi Media Club Calgary (Canada). Quizmaster Pritam Rupal conducted the quiz with perfect elan and asked interesting queries regarding Punjabi Language, Culture, History and Geographic Regions which were responded to with thunderous applause by the audience.

The most interesting part of the quiz was that questions were also put to the members of the audience. Those from audience giving correct replies were rewarded with gifts on the spot. One particular question which nobody was able to answer was replied to by Dr. Surjit Patar. In the 1st round, questions centered on the life of Dr. Mohinder Singh Randhawa.

On the conclusion of the quiz, Dr. Surjit Patar emphasized the holding of such contests to connect students with Punjabi Language, Literature, Culture, and Historical heritage. He also said that International Mother Tongue Day would be celebrated by the Punjab Kala Parishad on the 21st of February during the course of which literary contests of the students would also be held. He further said that the best part about today’s quiz was that he also got to know about many new words regarding culture and heritage sphere. He elaborated that the main aim of the Punjab Kala Parishad is to continue the series of such initiatives.

On the occasion, President of the Punjab Sangeet Natak Academy and Director Youth Services Panjab University, Chandigarh Dr. Nirmal Jaura thanked all the students, managements of the participating colleges and the teachers as well as the organizers of the contest. He further added that the most beautiful aspect of Dr. Mohinder Singh Randhawa Art and Literary Festival is the role it is playing in inculcating healthy competitive spirit amongst the youth and thus helping them connect with their cultural roots.

Fitday a One-stop Solution for All Wellness, Nutrition and Fitness Needs 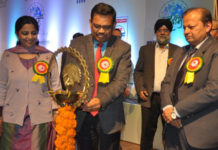 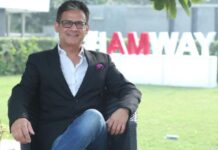 Amway India Awarded as “India’s Greatest Workplace 2020” by The Brand... 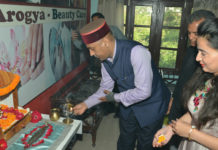