The Punjab cabinet, led by Chief Minister Captain Amarinder Singh, has approved the draft of ‘Punjab State Tourism Policy, 2018’, aimed at doubling the annual tourist visits and establishing the state as a world-class destination in the next five years.

Stamping its approval on the draft, the state cabinet, at a meeting chaired by the chief minister, agreed that the new policy would help attract high value tourism through responsible and sustainable development of sensitive tourism resources through a series of initiatives, including information dissemination and optimal use of electronic techniques including the social media. The new policy will replace the existing tourism policy of 2003.

Aimed at providing impetus to the tourism industry, besides attracting both domestic as well as foreign tourists to the state, the policy deals with various aspects of tourism, including human resource development, marketing & promotion, rural tourism and infrastructure development, medical tourism, heritage tourism and film tourism.

Under the policy, the state government will work relentlessly to double the annual tourist visits from 25 million to 50 million in the next five years by creating new infrastructure and improving the existing one. Training and capacity building activities will be made available, under the skill development programme, to the maximum number of people in the tourism sector, thus helping in employment generation for local youth, and also enabling the tourism industry to provide better services and motivate more tourists to come to Punjab.

The policy envisages investment promotion in the field of tourism through an investment portfolio for the information and motivation of potential investors. The state government’s investment portfolio would include projects pertaining to accommodation, transport, organization of conducted tours, conferences and conventions, and related fields. With electronic methods and social media deployment high on the agenda, the marketing operations would be managed by a team of well-qualified and experienced professionals. 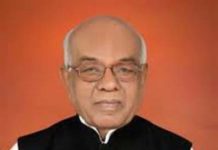 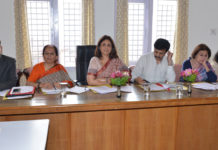 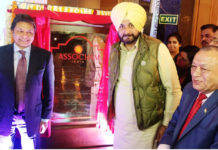 NEED TO FACILITATE & RESTORE FAITH OF INVESTORS FOR TRANSFORMING PUNJAB... 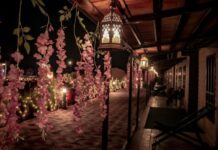