Over the last two weeks, the viewers of the “Learn to Trade” show, developed and shot by the OctaFX Forex broker, were doing their best to grasp the concepts of financial market trading together with the celebrity students and Forex expert Zia ul Haque. The star-studded cast included model and television host Karan Wahi, YouTube blogger Mohit Chhikara, and television actresses Krystle DSouza and Nia Sharma. Together theyve mastered Forex trading, starting from the very basics and finishing off with the secrets of risk management.

Throughout the shows five episodes, the students covered an abundance of topics and turned from complete beginners into skillful traders. These are some of the Forex essentials the celebrities discussed: Forex lot size and best currency pairs, efficient trading with RSI and Bollinger Band strategies, and secrets of risk management. As the project is focused on education, the students traded in demo accounts that allowed them to practice with virtual funds. Demo accounts are perfect for complete beginners or someone who wishes to hone their skills without any risks.

The show participants shared their experience and emotions as they wrapped up the final episode. The happiest celebrity was Nia Sharma. She won the show and made the biggest profit of $750. Mohit Chhikara, who was the runner-up, made $350. Zia ul Haque praised the students strategies and approach to trading. As Nia Sharma said, “I had never thought that even while sitting on a chair with a mobile in your hand, for which were usually scolded by our mother, you could lay back and actually earn money in a little easier way“. All celebrities emphasized that training played the most important role in their success. Karan Wahi gave great advice for someone who just starts trading, “I think in the beginning, although yes everyone wants to make money, one should start with only $20, and even if you have earned $100, you should start again with just $20, dont go directly to $2000, because the greed to earn more money will get you in it and maybe itll also put you down. I think you shouldnt always listen to your gut feeling. We should move forward with strategy and even if we face loss, then also we dont need to worry“.

The viewers were able to win 25,000 rupees for watching the show attentively. In each episode, the host asked three questions about the topics covered in the episode. Zia ul Haque then randomly picked three viewers who posted correct answers in the comment section. The winners could either withdraw the money or use it to start trading.

All five episodes of the “Learn to Trade” show are now available on the OctaFX YouTube channel.

OctaFX is a Forex broker that provides online trading services worldwide since 2011. It offers a state-of-the-art trading experience to more than two million trading accounts. OctaFX has won more than 30 awards since its foundation, including the Best ECN Broker 2020 award from World Finance. The company is well-known for its social and charity activity. It also regularly conducts global and local promotion campaigns with valuable money and product prizes. 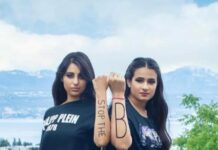 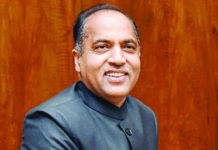 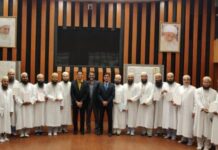