In a statement after the meeting, the minister said that in a recent meeting held under the leadership of the Chief Minister Captain Amarinder Singh it was decided by the state government to celebrate the 550th Parkash Purb of Sri Guru Nanak Dev Ji in 2019 on a grand scale and the responsibility of chalking out a comprehensive roadmap regarding this has been entrusted to his department. The minister further said that in today’s meeting held as per the directions of the Chief Minister the biggest decision taken was to keep ‘NANAK NAAM CHARHDI KALA, TERE BHAANEY SARBAT DA BHALA’ as the central theme of the year-long celebrations. Divulging more, the minister said that Guru Sahib inspired the message of the welfare of all humanity and the state government would propagate the teachings of Guru Sahib in all the corners of the globe through the celebrations.

Disclosing more, Mr. Sidhu said that in today’s meeting it was decided to form various committees namely International Outreach Committee, Media and Communications Committee and Resource Mobilisation Committee. The main motive of the committees would be to clean kali bein river and run Swachh Sultanpur Lodhi campaign, holding of seminars in various universities and colleges, literary competitions, painting & photo exhibitions, Establishing Guru Nanak Dev Ji Chair in Universities of Punjab and at any 2 institutions outside the state besides erecting an iconic monument dedicated to the cause of humanity in Punjab.

Mr. Sidhu further disclosed that a resource mobilization committee would see the inclusion of corporate houses. He also added that in the celebrations SGPC, Sant Samaj, Religious Personalities and institutions and representatives of all political parties would also be included and apart from this the MPs and MLAs of all the political parties would be given place in the various committees. He further informed that a reputed event management company would also be hired to ensure the grand success of these celebrations and the International Outreach Committee would connect the Sangat from India and Abroad with these celebrations. A committee to ensure large-scale coverage in print and electronic media besides social media would also be constituted. The minister also said that the purpose is to make the teachings of Sri Guru Nanak Dev Ji reach in every nook and corner of the globe and make everybody a part of the celebrations.

Mr. Sidhu also added that the Punjab Government would approach the Prime Minister for constituting a central level committee concerning the celebrations. Apart from this, a written communication would be sent to the Union Road Transport and Highways Ministry to connect those places through Guru Nanak Marg which were visited by Sri Guru Nanak Dev Ji. He also divulged that the various state governments would also be involved in the celebrations and written communications would also be sent to governments of the other states to hold functions at the places connected with Sri Guru Nanak Dev Ji in their respective states. The minister also disclosed that the Chief Minister has already decided in a meeting that the main function would be held at Sultanpur Lodhi. 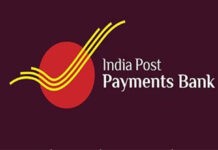 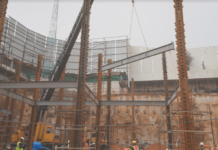 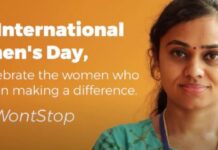 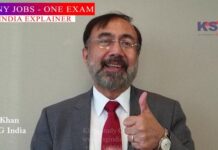 KSG India Guides Students How to Crack One Exam with Many...