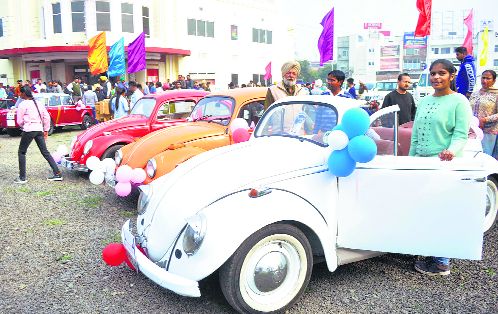 Emphasising that Capt Amarinder Singh-led Congress government in Punjab had successfully revived the tourism sector in the past three years, Chief Minister’s grandson Nirvan Singh underlined time had come to build on this momentum to explore its full potential towards the overall development of the state.

These views were expressed by him here today after flagging off the vintage car rally from mini lake at Sector 42. The rally was organised by the Department of Cultural Affairs and Tourism, Punjab, and the district administration in collaboration with Vintage and Classic Car Club as part of the ongoing Patiala heritage festival on Thursday. The rally, which included vintage cars from 1930s and 1940s, began from Chandigarh and reached Patiala in the afternoon. Owners of the year-old vehicles from Punjab and Chandigarh took part in the event.

The Vice-Chancellor, Punjabi University, Dr BS Ghuman, along with other officials of the district administration, welcomed the rally at university.

Vintage cars were a major attraction for students and others, who thronged the university campus to witness the event. Later, the ensemble went through the city covering areas of the Mini Secretariat, Thapar Institute of Engineering and Technology and finally reached Fountain Chowk where city residents clicked photographs with vehicles.

Retired Army officers, who brought their cars for the event, said it was an altogether job to maintain and drive vintage cars.

The darbar hall of the iconic Qila Mubarak was packed with visitors as noted tabla player Ustad Zakir Hussain gave a performance at the historic site as part of the Patiala heritage festival on Thursday.

Music lovers thronged the beautifully illuminated Qila Mubarak to listen to the performance of the maestro.

Member of Parliament Preneet Kaur, Antonia Minikola, wife of Ustad Zakir Hussain, administration officials and political leaders from the city were among the audience.

Zakir Hussain, who is himself from the Patiala Gharana, based his performance on ‘teen taal’ with ‘raag megh’. He was accompanied by Sabir Sultan Khan on ‘sarangi’. After the performance, Zakir Hussain said there were only few people, who had received the blessing of playing melodious music. “Other people should listen while a few should become artistes. This will ensure demand for artistes,” he added. Expressing his opinion on the Patiala heritage festival Zakir Hussain said, “It is a unique festival.” 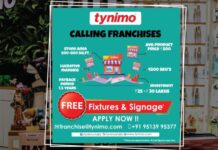 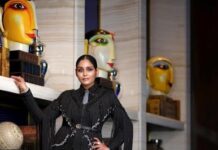 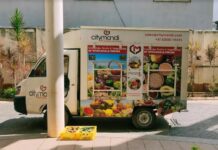 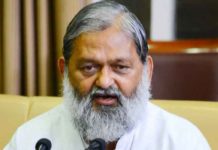