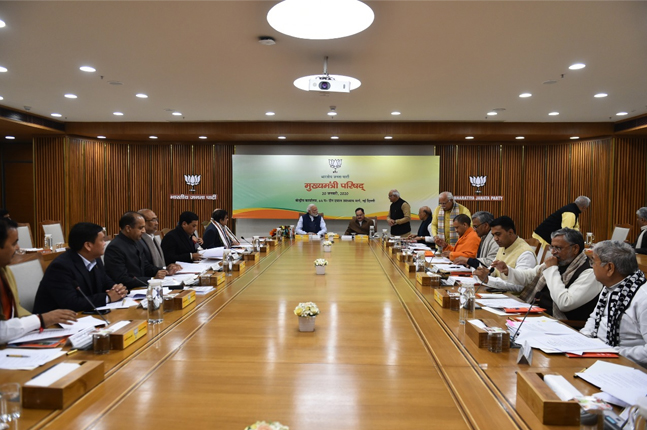 While speaking in the meeting, Chief Minister Jai Ram Thakur apprised the Prime  Minister that Global Investors Meet was organised in the state recently which attracted an estimated investment worth 96,721 crore and 703 MoUs were signed. He further said that Ground Breaking ceremony was organised on the occasion of completion of two years of state government in which 240 MoUs attracting 14000 crore estimated investment were grounded. He said that grievances of investors were being redressed by Chief Minister through Him Pragti Portal. He further said that state government has started making concrete efforts to export agriculture and nonagricultural produce of state including handicrafts and handlooms and interdepartmental committee has been formed to monitor the same.

He said that Chamba district is one of the 117 aspirational districts of the country and government is taking serious steps for its development and a committee headed by the chief secretary is monitoring the execution of developmental programmes in the district. The district was ranked second in the health sector and nutrition in the NITI Aayog ranking and centre has also provided Rs three crore incentive to this sector.

Chief Minister said that GST collection has increased by 24 percent in financial year 2019-20 upto December as compared to previous year.

Jai Ram Thakur said that 8.11 lakh farmers were provided assistance under PM-Kisan Yojna out of total identified 8,70,286 beneficiaries in the first phase. He said that process of making 500 sub health centres into health and wellness centres is going on out of 2084 sub health centres and they will start functioning by end of this month. He said that notification has been issued for making 525 out of 586 PHCs into health and wellness centres. Telemedicine facility is available in 12 such centres, whereas efforts are underway to provide the same in more besides staring a hub in IGMC.

He said that Janmanch programme has proved effective in citizen services delivery and added that so far 6,73,961 digital ration cards have been made in these programmes besides facilitating 7868 eligible girls under Beti Hai Anmol Yojna. He said that 2,08179 farmers were given Kisan Credit Cards, 72,397 women were benefitted under Grihini Suvidha Yojna. He said that 1,77,231 calls were received under Mukhyamantri Sewa Sankalp public grievances redressal upto 31st December 2019 and 83 percent grievances have been redressed.He said that the state has received first prize in the ranking of Good Governance Index by Centre Government.

Chief Minister said that state government has started an ambitious scheme Nayi Rahen Nayi Manzilen with a provision of Rs. 100 crore for promoting water sports and constructing ropeways in tourist destinations, MoU has been signed for constructing international standard airport. He said that data of 28 lakh beneficiaries under National Food Security Act has been digitalised and process for rest is going on.

Jai Ram Thakur assured the Prime Minister that the ongoing central schemes would be implemented in letter and spirit to uplift socio-economic well being of the people of this hilly state.

BJP President Jagat Prakash Nadda and many Union Ministers were also present in the meeting.

Dr. Manjiri Bakre of OncoStem Diagnostics Recognised as One Among the... 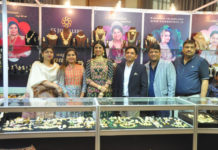 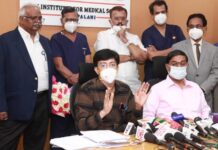 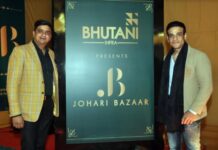