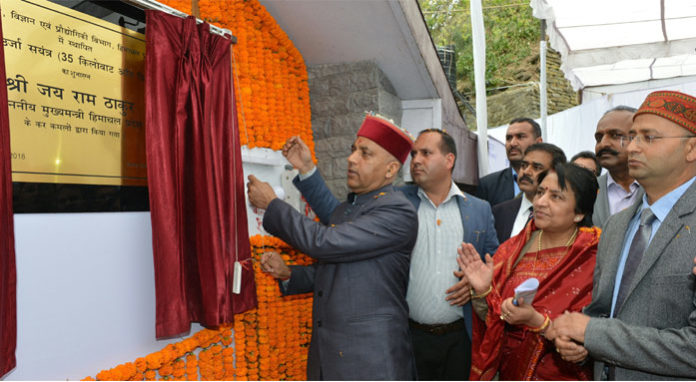 Shri Jai Ram Thakur said that this plant would recover its installation and other expenditure within four-five years and thereafter this would lead to revenue saving of the State. He said that if each one of us adopt solar based energy technologies, we all can contribute towards energy saving and to a great extent meet the energy demand of the world.

The Chief Minister was apprised that through this plant solar power would be fed to main grid and therefore the consumption of electricity power would be reduced.

Additional Chief Secretary and Principal Secretary to the Chief Minister Smt. Manisha Nanda said that this plant has been installed at a cost fo Rs 19.23 lakh and as per estimates, in next 25 years it would help in saving about Rs 97 lakhs. She said that 112 solar panels of 1315 watt capacity per panel have been installed on the building of Environment, Science and Technology. She informed that the State Electricity Board has installed bi-directional meter in the office premises for ensuring energy inflow and outflow from solar plant to main electric grid.

Director Department of Environment, Science and Technology Shri D.C Rana and other senior officers of the department were present on the occasion. 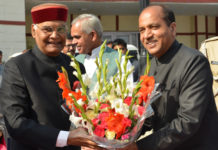 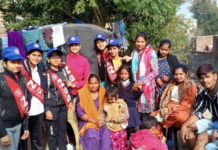 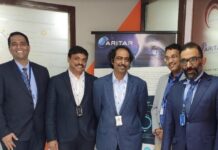