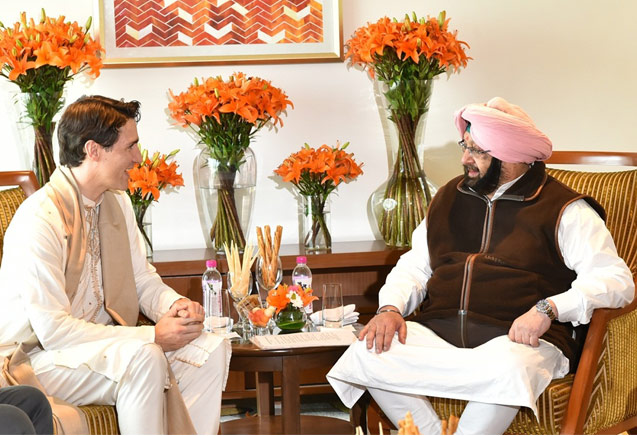 The categorical assurance from Trudeau came when Captain Amarinder sought the Canadian Prime Minister’s cooperation in cracking down on separatism and hate crime by a fringe element, constituting a miniscule percentage of Canada’s population.

Citing the separatist movement in Quebec, Trudeau said he had dealt with such threats all his life and was fully aware of the dangers of violence, which he had always pushed back with all his might, the Chief Minister’s Media Advisor Raveen Thukral disclosed after the meeting.

During a 40-minute long meeting here between the two leaders, the Punjab Chief Minister handed over to Trudeau a list of nine Category ‘A’ Canada-based operatives alleged to be involved in hate crimes in Punjab by financing and supplying weapons for terrorist activities and also engaged in trying to radicalize youth and children here.

At the meeting, at which Canadian Defence Minister Harjit Sajjan and Punjab Local Government Minister Navjot Singh Sidhu were also present, the Chief Minister raised the issue of Indo-Canadians believed to be involved in targeted killings in Punjab, urging him to take cognizance of the same and initiate stern action against such elements.

Though freedom of speech was enshrined in the Indian Constitution, separatists and hardliners, as well as those propagating violence, had lost any such right as they had been rejected outright by the people of Punjab, said Captain Amarinder. He pointed out that people fighting elections on the plank of a separate Sikh state ended up losing their security deposits, said Thukral, adding that the Chief Minister thanked Trudeau for his explicit stand on a united India.

The Canadian Prime Minister assured Captain Amarinder of addressing all concerns raised by the latter, saying he looked forward to closer ties with India, particularly with Punjab, which he was happy to see progressing well.

During the meeting, Captain Amarinder called for cooperation between India and Canada on the issues of terrorism, crime, and drugs, while seeking greater sharing of relevant information, in the interest of national and international security.

Responding to concerns raised in some quarters on reports of Human Rights violations, the Chief Minister said any aberrations were always dealt with strictly, with even policemen being sent to jail by the courts in such cases. He reiterated his government’s firm commitment to the protection of human rights of all individuals, Thukral further disclosed.
Citing the close historical ties between the two countries, particularly in the context of the contribution of both Indians and Canadians in the Great War, Captain Amarinder underlined the need for their governments to work closely together in mutual interest. He pointed out that 64,000 Canadian and 74,000 Indian soldiers who fought in the 1st World War were lying buried together in 134 cemeteries, creating an unbreakable tie between the two countries.

The two leaders agreed on the importance of strengthening cooperation between their countries across various areas of bilateral relations, with the Chief Minister expressing Punjab’s keenness to engage with Canada in several vital domains related to economic cooperation.

Pointing out that trade and commerce relations between the two were very low at the moment, the Chief Minister urged the prime minister to take steps to push investment by Canadian businesses in Punjab. The two leaders agreed to collaborate through joint projects aimed at facilitating the progress of both, Canada and India.

Captain Amarinder identified Higher Education, Scientific Research & Technology, Innovation & Start-Ups, as well as Skill Development as some of the areas in which Canada could contribute to the development of Punjab, whose people continue to play an important role in the progress of that country. With a large Punjabi Diaspora settled in Canada, and some even finding place in Trudeau’s cabinet, the friendly relations between India and Canada continue to get strengthened over time, he added.

In the field of Higher Education, the Chief Minister sought a student exchange programme as well as MoUs with universities and other institutions of learning and regretted that the agreement signed with the University of Saskatchewan had failed to materialize.

Captain Amarinder suggested pulses, maize, and livestock as areas of cooperation in terms of scientific research and technology. He also called for investments in Skill Development, suggesting that Canada could consider setting up Centre of Excellence, through its own businesses/ university, within the Punjab Skills University. Canada could also aid in promoting emigration of trained Punjabi youth to Canada, he added.

The Chief Minister mentioned his government’s `Connect with Your Roots’, which he said could facilitate youth from Punjabi Diaspora in Canada to come and see Punjab, and urged the Canadian government to support the programme. Both Trudeau and Sajjan appreciated the effort and agreed with the Chief Minister that it would help a whole new generation of youngsters who had never seen India.

On the occasion, the Chief Minister presented to the Canadian Prime Minister his own book `Honour and Fidelity – World War I’ and `History of Sikhs’ by Khushwant Singh. He also presented a traditional Phulkari dupatta – an ethnic creation of Punjab’s famous weavers, and a shawl, to Trudeau’s wife, Sophie Grégoire Trudeau. Captain Amarinder presented several gifts to the prime minister’s three children.

In response to Captain Amarinder’s query, Trudeau described his trip to India as extremely `enjoyable’. The Chief Minister later saw Trudeau and his family off at the hotel as they left for the airport. 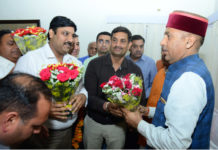 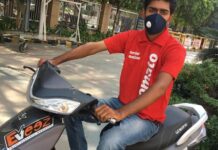 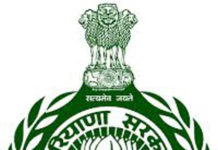 Haryana Government has decided to launch a special recruitment drive 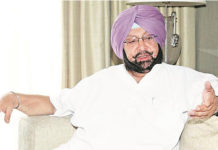 DEPT OF WELFARE OF SCs, BCs & MINORITIES SET TO BE...