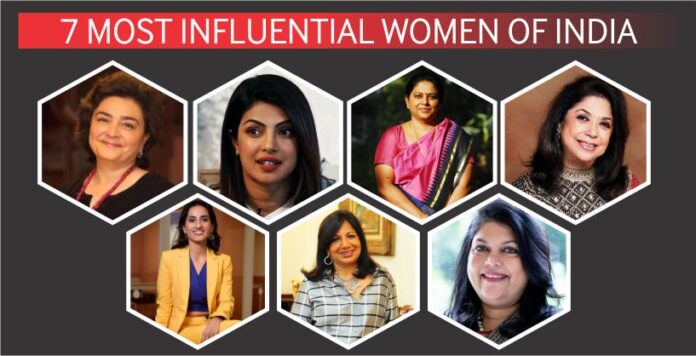 The earlier called “male-dominated fields” like civil services and engineering, influential women have stepped into these areas and achieved success.

Today, Patriarchy perhaps exists however, the influential women of India have worked diligently to erase it from the surface of our country, therefore, a large part of Indian society has evolved as feminists and open-minded Individuals.

The top 7 influential women of India, listed below, inspire young women to succeed in their respective fields through belief in their own capabilities.

• Billionaire Falguni Nayar, the founder of the Nykaa, a fashion and beauty platform. After around a decade Nykaa has become a sensation it’s the most preferred choice of young Indian women. The beauty needs of every woman are being fulfilled through Falguni Nayar’s platform. The platform proved to be so profitable that in the year 2021 Falguni Nayar was declared a billionaire in India.
• Initially, Nykaa was running on the family funds however, later after 5 rounds of funding its share price almost doubled, creating history in India.
• Nykaa has a Revenue of Rs.2440 Crores in 2021. It has turned extremely profitable to its investors like Katrina Kaif and Alia Bhatt. Nykaa is a similar platform as Sephora. It had 73 stores in around 38 cities and it generates around dollar $334 million annually as revenue.

• A successful legal consultant, Zia Mody is into securities law, acquisition law, private equity, project finance, and corporate merger. She is the daughter of Soli Sarabjee, the attorney general of India. She’s an alma mater of Hayward Law School.
• Being the Trustee at ORF and a Founding partner at the AZB and Partners, she has been dealing with clients from all over the world. She’s advised the reliance industries Ltd, GE, Tata group, Aditya Birla Group, and Vedanta Group. She’s also worked with equity homes like Bain Capital, KKR, and Warburg.
• While beginning her career during the time of women being a minority she faced various obstacles until she made it to fortune India.

• Among the most influential and successful celebrities. She’s not just an actor, a model, or a beauty pageant winner, she is a global icon having her hands-on business and entrepreneurship.
• Being the highest-paid celebrity of India she has a huge fan following across the world. She has achieved 5 film fare awards and 2 National Film awards.
• After achieving success in the Hindi film industry, known as “Bollywood” she moved to “Hollywood” and became a superstar through her role in an American Tv Series.
• Priyanka Chopra has also recently published her book which is a 256 pages memoir portraying the significant moments of her life and also launched her range of hair-care products named “Anomaly“.

• From turning down an Rs.1 Crore job offer to creating an Rs.200 Core business, Vineeta Singh is the co-founder and CEO of “Sugar cosmetics”. She is an Alumni of IIM Ahmedabad the prestigious business school that has given birth to a number of successful entrepreneurs.
• Vineeta Singh after her post-graduation obtained an Rs.1 Crore offer from the Deutsche bank however, she declined it and started her own entrepreneurship journey. Today, Vineeta Singh has proven to be her own master, as she’s succeeded in forming a profitable cosmetic company in the already cluttered Indian market of cosmetics.
• Today Vineeta Singh can also be seen as a judge at “shark tank” a reality show which involves entrepreneurs presenting new and unique start-ups.

• Indian fashion Designer, Ritu Kumar started her designing journey from a small village in Kolkata. Where she enhanced her skill of handmade block printing which intrigued people around.
• In 2002 she launched her label brand in the partnership of Amrish Kumar.
• The popular creator of bridal lehengas, sarees, and women’s traditional wear, Ritu Kumar has opened various stores across the country. Today she has branches in New York, Paris, and London.
• Ritu Kumar is said to be the first one to come up with the Boutique culture in the country and Indians are fond of her creation which is a mixture of Indian and western designs.
• Ritu Kumar has achieved PHDCC’s “the outstanding women entrepreneur award“ and Kingfisher Group’s “lifetime achievement award”.

“The Missile women of India/ Agniputri”

• Born in April 1963 The very Popular Tessy Thomas, also known as the Missile women of India and Agniputri, is a renowned scientist at the DRDO, Defense Research, and Development organization.
• She was the first woman to lead the Missile teams in India. Being the project Director for Agni IV and V Missiles, Dr. Tessy Thomas had expertise on solid propellant systems that helped the Missile deal with the great velocity and temperature on reentering the atmosphere.
• She has received the DRDO Agni award for excellence, CNN-IBN Indian of the year, Sir mokshagundam visvesvaraya.

• The executive chairperson at Biocon Ltd. and Biocon Biologics Ltd. Being a global business leader and a first-generation entrepreneur she has more than 40 years of experience in the field of biotechnology.
• Medicines created through Biocon are accessible and affordable enough for patients across the world.
• Kiran Mazumdar Shaw is considered an unconventional thinker and a passionate woman who came such a long way with Biocon.

Such influential women have made the Indian parents stand in support of their daughters, encourage them to take risks to grow as par with men. Although in many remote areas of India, female infanticide, girl child marriage, dowry, and other such heinous exercises are being practiced. However, through the success of these influential women of India, more women will carve their niche and build their empire breaking all the barriers. 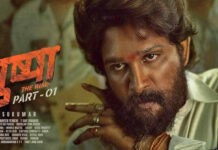 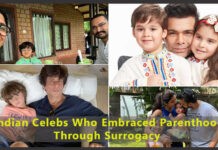 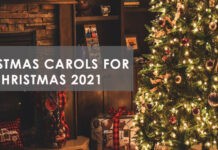 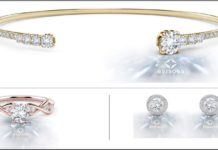 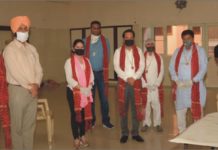 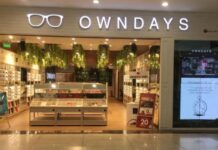