The Haryana Chief Minister, Mr. Manohar Lal, has said the state government has decided to constitute Yog Aayog. With this, Haryana will become the second state after Chhattisgarh in the country to constitute such Aayog for the promotion of yoga.

Speaking at the Rahgiri programme in Fatehabad where he reached on bicycle today, the Chief Minister urged the people to celebrate Sunday as Fun Day. The state government has initiated Rahgiri programmes to make people’s life stress-free, he added.

Apart from carrying out development works, the state government also has social responsibility. It is the duty of government to give the society a new direction.

Development has no limit. Over and above infrastructural development, it is important to bring about change in an individual’s life by giving him happiness which also forms part of development, he said.

He said in order to improve the health of people, the Central Government had implemented Ayushman Bharat Scheme under which, ten crore families are being given health insurance up to Rs 5 lakh. Above all, it is important not to fall sick. The state government has worked on a scheme to make people’s life stress-free.

The Chief Minister said various activities were being organised for two days in a month, where youth and people of the state can exhibit their talents. Such programme freshens up each individual and inspires him to work with more enthusiasm.

He said Ministry of Happiness had been formed in Bhutan. In the Happiness Index, Haryana is on 133rd place and we have to bring it on tenth place.

The Chief Minister also flagged off 13 new vehicles bought at the cost of about Rs 60 lakh in Fatehabad, for making the sanitation campaign a success. These vehicles will collect garbage from door-to-door in all streets. There are total 25 wards in the city, one vehicle had been allotted for two wards for garbage collection.

Posts Of 2592 Assistant Professors Will Be Filled Soon in The... 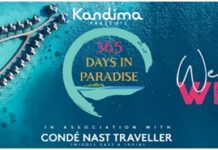 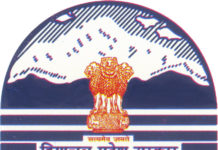 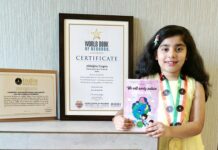 Youngest Author to Set Another World Record for her Second Book